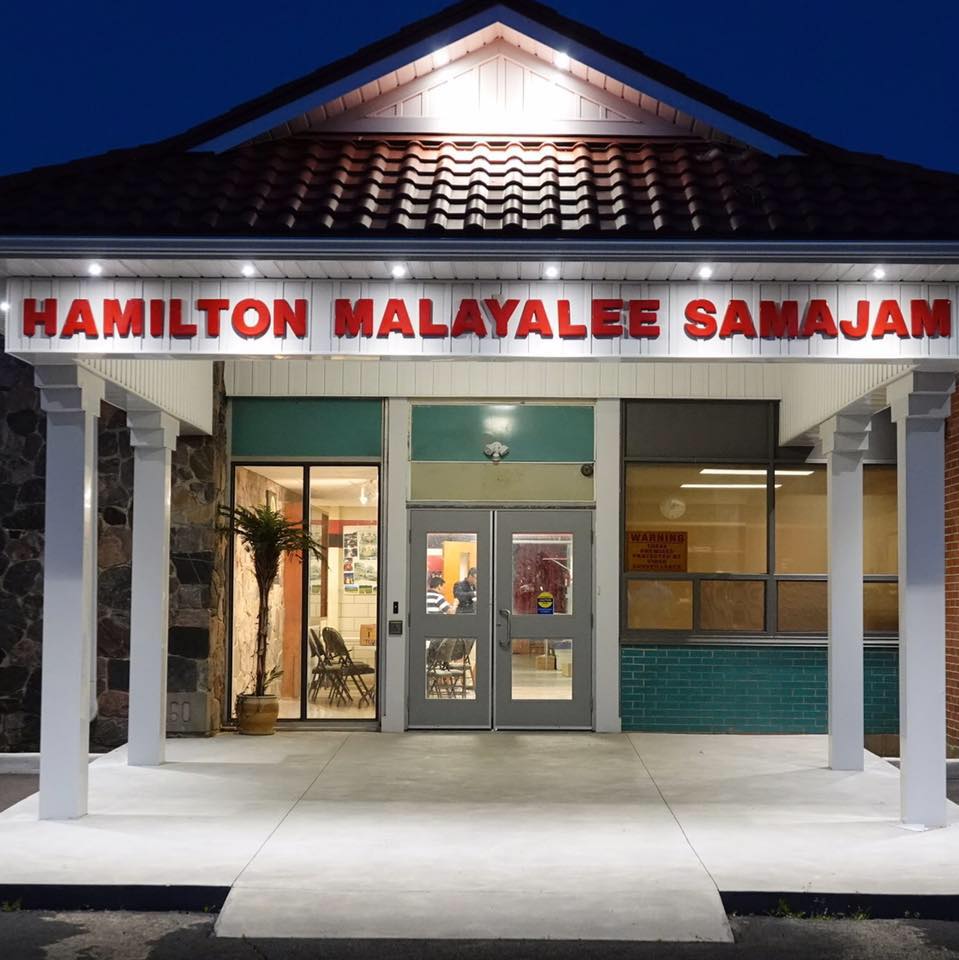 The history of Keralites in Hamilton starts from the1960's. The first wave of Malayalees came to Hamilton to pursue higher education and promising opportunities. Most of them were qualified professionals willing to work at any capacity. The ones that settled became the founding members of the Malayalee community. Many had the intention of making money to support their families and then settle back in Kerala later in life. The Malayalee migration to Hamilton continued to grow significantly and reached over forty families in the late 1970s. As the population was increasing the need for building friendships, strengthening relations, and connections between families laid the foundation of Malayalee community life in Hamilton. Few of the members provided leadership in forming groups and coordinating social and recreational activities. Malayalee group events were coordinated in church basements, halls, and parks. As the Malayalee community increased many senior members and leaders in the group recognized the need for strengthening the community by working together.

Hamilton Malayalee Samajam (HMS) was established in 1986.  Barton stone United church community hall was used for most of the HMS activities until 2003. As the population was increasing, finding accommodation for community events was becoming a difficult task. This evolved into a dream of having a place of our own. Dedicated leaders and committed members worked hard to achieve many milestones over the years.

In the millennium year 2000, HMS published the first souvenir. In 2003 HMS was successful in fulfilling the dream of acquiring a building of our own in Woodburn road, due to the organizational growth, commitment, support, and goodwill of its members. In 2011 HMS celebrated the Sliver jubilee and published the second souvenir.

Many community events and senior programs are in place. Members are currently working on adding a new program