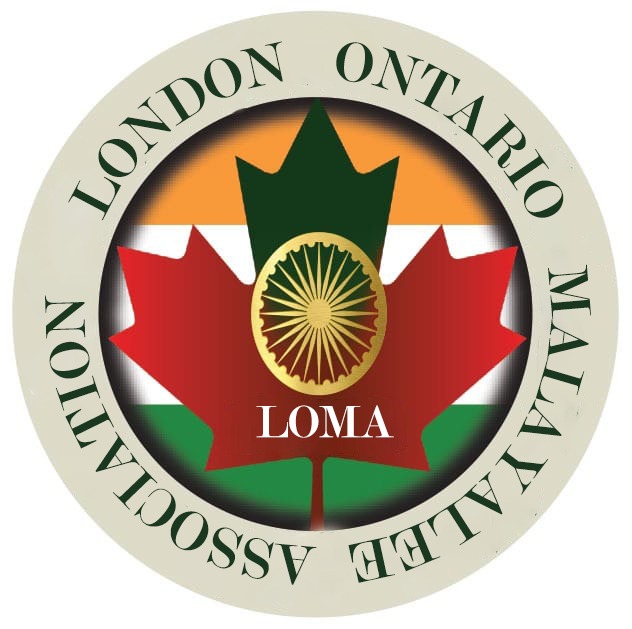 Kerala is a small, scenic tropical province situated at the South West tip of the Indian peninsula. Its lush green vegetation, beautiful beaches, many rivers, backwaters, tropical jungles and mountains to its west make it nature's paradise. Its rich arts, culture, traditions, history along with a 100% literacy rate of its population makes this province unique in the Indian Republic.

The first Keralites in London, Ontario, Canada trace back to the early 1950s. The Kerala Association of London was founded in 1977, with the goal of celebrating Kerala arts, culture and festivals in London, while also providing a forum for Keralites to meet. This has had collateral but an important effect on the younger generation to experience and learn their heritage. A little over 300 Keralite families living in London, in South Western Ontario and adjoining areas are members of the association. The Association organizes at least three functions every year -a celebration of Onam in September, Christmas in December, and a picnic in July.